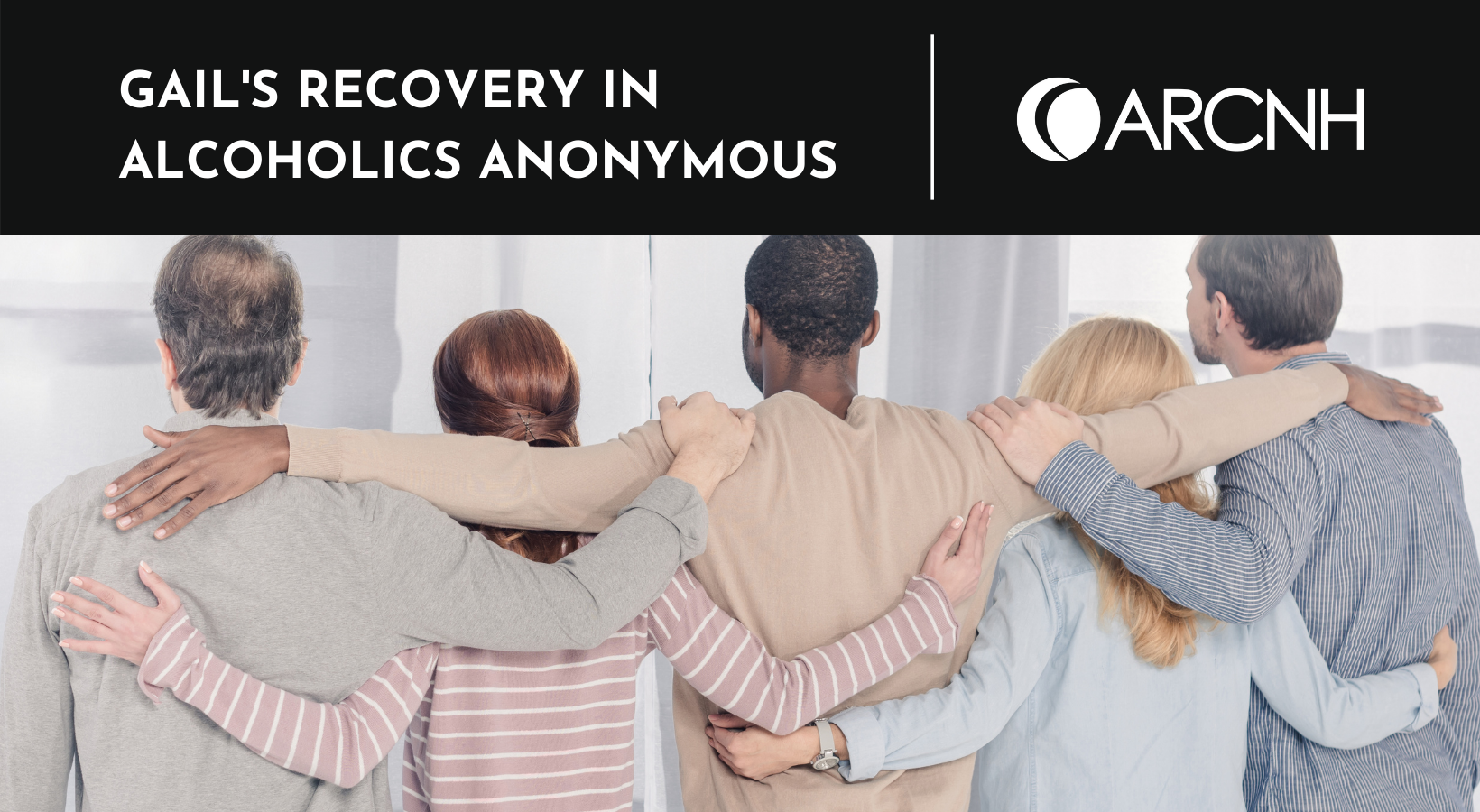 Growing up, my parents were very social and had many house parties, which always included lots of drinking. They always seemed to be having so much fun, laughing, dancing, playing cards, etc. I wanted to be ‘just like them’ when I grew up! I always enjoyed cleaning up after their parties; when I would pour their leftover drinks into one huge glass and drink it – I got that nice, warm feeling in my belly. Then I began to take some from their bottles of booze and refill them with water. I could take it or leave it…but I though of ‘it’ often. As time passed and I got my driver’s license, the girls and I would go to the beach for the weekend. So at age 17, I would be the one to go into the liquor store to buy a case of beer for the 3 of us and head to the beach for the weekend. That was never enough – so we always found some ‘guys’ to ‘buy’ for us while we were there. The more the better! I totaled my car at 18 years old, on my way back from the beach, one weekend (what I now know was a ‘sign post’). I had two of my girlfriends with me and thank God no one got seriously hurt. I went to court the next day, pleaded no-lo and lost my license for 30 days, and now, had no car. A car which I bought myself, as my Dad needed his car for his job, my parents were strict and didn’t have a lot of money; so if I wanted something expensive, I had to work and buy it myself! I am grateful for that to this day.

As time went on, I graduated from High School, got a great job at Raytheon and began my career as an Administrative Assistant. I was introduced to the “martini lunch’ while working at Raytheon – often not going back to work after lunch. Never lost a job while drinking either. Life was good, dating, partying, working, making money and buying another car – still drinking, socially. As time went on, I changed jobs to make more money, with each move. At one job, I met a girl who wanted me to join a Ski Club up North. So I did, and each Friday, we would leave from work and drive to No.Conway. The prerequisite was to drink a bottle of wine on the way up and then when we arrived, we would unpack, and go out to an M&M (Manhattan and martini) party and drink until we KNEW we should check in for the night – as we usually had to be up at 6AM and on the slopes at 7AM to slalom race (women’s)! I don’t know how I did it! But I did. The drinking became 24/7 at the ski club and I was ‘living the life’ and loving it!

At 25, I met my first husband at my place of work. I told him I still had a couple of races to finish up at the “Club”… he said “fine”. So, indeed, I finished up the season and the races; I also drank like a drunk and forgot I was engaged (I guess I wasn’t ready to be faithful yet, or maybe it was the booze?). We ended up getting married. Three years later, I had a beautiful baby girl, then 18 months later, a handsome baby boy! And, my husband drank just like me 🙂 I did not drink while pregnant… which was very difficult. We partied just like my parents. I used to fix the drinks for our guests, but when I fixed them, I made sure I had TWO shots for me and one for you…. If I spilled any on the counter top, I would either lick it up with my tongue or a sponge and squeeze it into my glass. I was a pig drinker. If we went out to dinner or to someone else’s home – I would always sneak at least 3 drinks before we went out, so I wouldn’t have to keep asking for more. I just couldn’t get enough. So, this drinking behavior continued on and on, I was now working because the kids were old enough to come home, as Dad got home at 3:00 and the kids were only alone for about 1/2 hour. He and I would drink after the kids went to bed…sometimes right after dinner and into the night. All in all, my drinking just got worse and worse, my husband and I were at odds over things he didn’t do, he was becoming lazy and doing nothing, I was aggravated all the time, we both drank, he told me I should get some help… I asked him if he would go to marriage counseling – he refused and laughed and said that I needed counseling and that I was crazy, not him! I did go to counseling, he was so upset, because God forbid, someone might see me…in the town we live in. So prideful! Ends up, I told him I’m going to AA.. He said “Don’t you dare go here in Lexington, someone might see you,”!! I said, I’ll go to Burlington, MA. That was in 1978.

I divorced my first husband in 1985. The marriage was just not able to be saved. It was horrible; he was terrible, told the kids I was nothing but a drunk, and a mental case. I couldn’t stay in that house, because it was owned by his “aunties”, I couldn’t afford to stay in Lexington…I didn’t make enough money at my job, he made me sign off on his pension, and NO alimony, nothing, the kids didn’t want to live in Waltham… I don’t blame them… all I could afford was a 2 b/r basement apartment in crappy Waltham. I still didn’t drink. I still held a job. After a year, I moved to Boxboro, MA and bought a condo. After a year there, I hooked up w/my first boyfriend from high school, who lived in Alaska. He had come to visit me for a week, as he was just divorced from his 2nd wife and also in the program! I gave it alot of heavy heavy thought and decided that the way I was not being able to see my kids on a regular basis, and when I did see them, it was not easy, nor pleasant… as my x had bad-mouthed me so much, the poor kids didn’t know which end was up. I decided to move to Alaska in 1987. I married Dick Harris and stayed in AK for 2 years. We decided to move back to New England, as we both had kids back here and we would be a bit closer to them than in Alaska. We ended up living in Dixville Notch, NH (at the Balsams Grand Hotel). He was a Ski Resort Manager, I became a ski instructor. The town was just about vacant, no street lights, no McDonalds, No Dunkin’ Donuts, dirt roads in much of the town.. Sooo remote. One AA meeting a week, with about 10 members with a revolving door. Oh, did I wish I had gone on the interview with him – this was a ‘hell’ town, and here I was, 4 hours from my kids ONE WAY!

My now husband was very busy in this little town, so busy, he worked hard and went to meetings in Island Pond, Vt. I also went, but eventually didn’t like the long ride at night – too many moose in the middle of the road, dangerous. He told me one night – “I’m going to a meeting in Island Pond”.. I said, “find, I’m going to drink some wine,”… He said, OK! Now I knew he had found a lady friend there he was ‘seeing’.. that’s why I said that. He left anyway. So, it was 1991 (13 years of sobriety) I took that 1st glass of wine, which lasted me TWELVE YEARS… took me 12 years and tons of grief, blackouts, suicide attempts, whatever else?? …. to get back to MY PROGRAM!

I left North Country in 1999, moved to Pepperell, MA, got a job, attended meetings, got chips everywhere, met new people, drank again, got another job, bought condo in Merrimack, NH, attended meetings, got sponsor, picked up white chips, told the truth, drank again! Got another job; huge break up w/guy really got me down, feeling very alone. Weekend came, drank and drank, don’t know who called ambulance, but ended up getting stomach pumped at St. Joe’s hospital Still have NO idea who called Ambulance, no neighbors knew me – maybe I called ?? Scared the hell out of me.

Still living alone, still working, went to visit my daughter, she wasn’t home (although she invited me), got upset, went to 99 for martini lunch, drove home, put computer in car to go to Best Buy to get it fixed, 1/2 mile from home, rear-ended car, who hit Merrimack police car! Towed my car away, I blew a 2.4, went to jail, lost license for 1 year, son (who is Lex. Policeman) bailed me out!

Went on dating site on computer, went on a few dates, really watched my drinking. Met my 3rd Husband, Peter. We drank heavy for 18 months until it got ‘physical’. I told him I used to be in AA and that we better go to meetings! We did! And when we did, I met a lady who said to me “I know you have some experience, but have you done the steps?” I said “NO”. She said she was doing them at her home with some other women and would I like to attend? I said ‘YES’! Well, from October 2, 2003 to this day, I have not found it necessary to pick up a drink.” NOR, have I had the desire to drink!!! What I learned was that I didn’t know what I didn’t know!! By going through the 12 Steps w/the BB, I learned about the disease of alcoholism, about the progression of this disease; it was like going to college and it still feels like I’m going to college. I’ll never learn all there is to know about this disease. I am forever grateful for that woman who reached out to me; I have been doing the steps in my home for women for the past 17 years, as has my husband (for men). This has been the most eye-opening program of loving fellowship and I will remain forever grateful.

I pray that anyone reading this – if you have any doubt whether or not you are addicted to alcohol; AA is here to help you. Call the AA Hot Line: 800-593-3330

For more information about Alcoholics Anonymous meetings and other support groups, visit www.arcnh.org/support-groups